An ideal setting for baseball

Where the Merrimack Valley comes together as one

The excitement of a
walk-off win

The best place to spend a
New England summer night

Nothing beats the pageantry
of Opening Day

The excitement of a
late-inning rally

The joy of a championship

Meeting the next generation
of Red Sox stars

Our ballpark hosts a
variety of events

We share our ballpark with
UMass-Lowell to maximize use 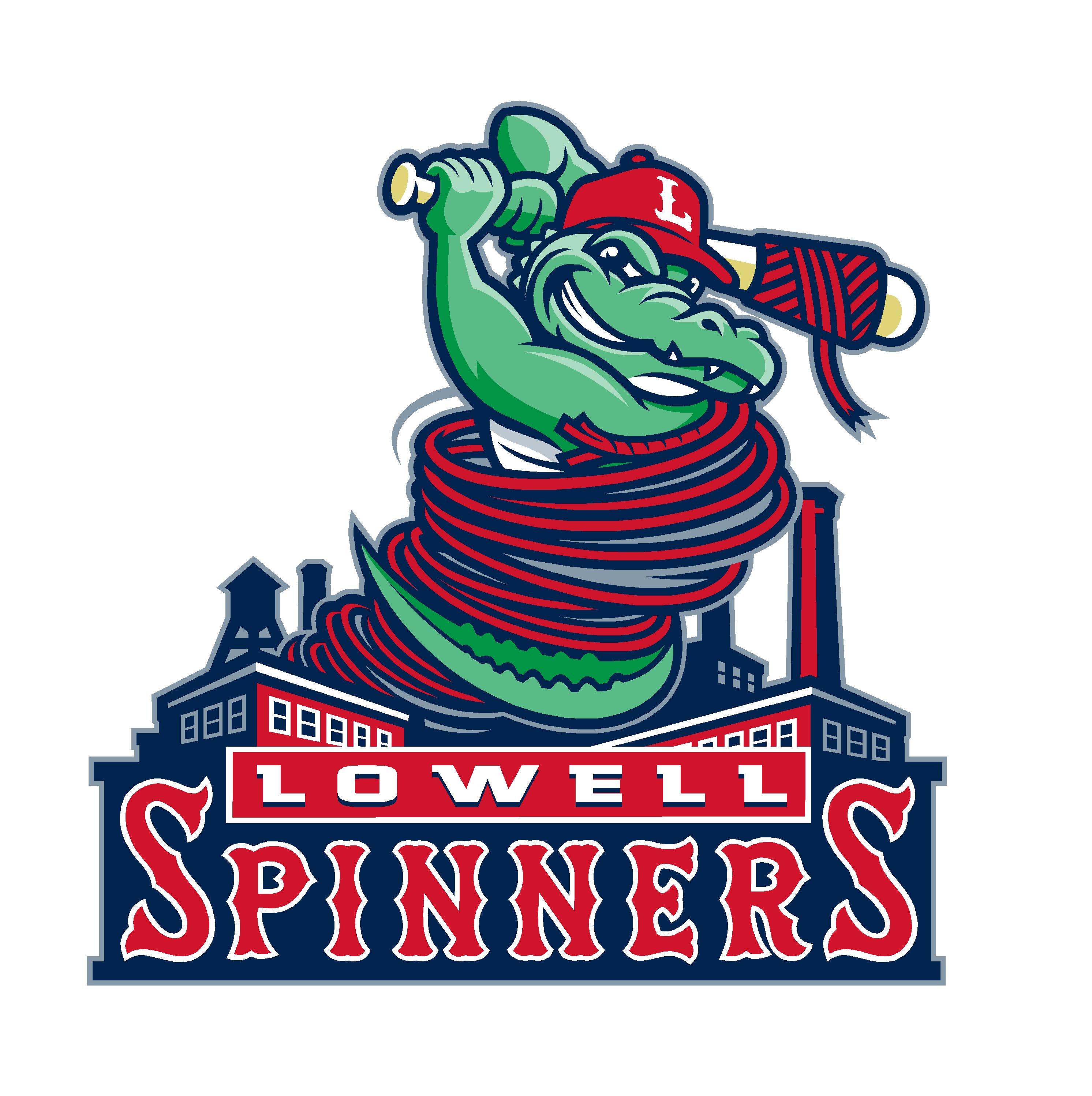 The only minor league team in all of Massachusetts, the Lowell Spinners are the short-season affiliate of the Boston Red Sox and the premier source of affordable, family themed entertainment in the Merrimack Valley.  Each year, approximately 150,000 visitors walk through the gates of beautiful LeLacheur Park to cheer on the Red Sox stars of tomorrow, take a ride on one of our numerous amusement rides, enjoy a heaping plate of fresh cooked BBQ, or just sit back, relax and enjoy a New England summer night out with the family under the stars.  From fireworks displays to animal attractions, taking the field with the players to running the bases or playing catch with Dad in the outfield, there’s no shortage of ways the Spinners put smiles on our fans' faces while creating lifelong memories.

The Spinners play their home games at LeLacheur Park, located on the banks of the Merrimack River near the UMass-Lowell campus; LeLacheur offers a dramatic view of both the flowing Merrimack River and the distinct red arches of the Aiken Street Bridge. From its groundbreaking, the facility became a key part of Lowell's downtown revitalization. The Spinners provide fun entertainment for the whole family at an affordable price. With a full slate of exciting promotions, contests, and giveaways, every Spinners game is a memorable event.

This season, LeLacheur Park is slated to become the first short-season A ballpark in the country to have new, energy-efficient LED lights installed; a new playing field and a new two-tiered group area are in the works for 2018.

"Heller's clubs all get high marks for fan fun, community involvement and charitable fundraising.... Heller goes to a lot of games, and he shakes hands with everyone who comes in and everyone who goes out."
-The Today Show, February 17, 2020

"We at the Sun will continue to proudly tell the story of our Lowell Spinners.... The Lowell Spinners are not just a baseball team. They are a force for goodness in the community and a cultural oasis for hard-working Lowellians and all Bay Staters alike."
-Lowell Sun, February 18, 2020

"Without a doubt, the Spinners are a fixture and an important piece of the economy, not just in Lowell but more broadly in the region. The team packs the 4,100 or so seats at LeLacheur Park almost every night. And, like many minor league teams, they create a family experience enjoyed by young children with only passing interest in balls and strikes, as well as parents more attuned to the score sheet. Few better ways to spend a summer evening come to mind than taking in a Spinners game next to the Merrimack River in Lowell."
-North Andover Eagle-Tribune, December 9, 2019

"The Lowell Spinners have a snazzy ballpark with the Merrimack River as a backdrop, they are only 30 miles from their parent club at Fenway Park, have nearly filled up the park every night over 22 years (4,100 per game in 2019), and have won a bevy of awards for their promotions.... LeLacheur Park has always earned kudos from players and fans."
-North Andover Eagle-Tribune, December 4, 2019

"For a name, [the team's ownership] "chose the Spinners, a unique name with ties to Lowell's industrial mill history that still defines its architectural appearance. To highlight their Red Sox ties, they created logos and uniforms with the same colors and lettering as the Boston Red Sox. It has a clear connection without being the lite beer version of the big club."
-MassLive.com, November 26, 2019

"The Spinners have exceeded every metric required of a Class A short-season team. Owner Dave Heller and the city of Lowell have spent millions recently on improvements to LeLacheur Park, including new LED lights and new playing surface. The Spinners set a minor-league record in the 2000 season by selling every home-game ticket. It started a streak of sold-out home games that lasted for 10 seasons."
-The Lowell Sun, November 22, 2019

"The Spinners' season [was] a major success. The accomplishments and excitement this edition of the Spinners provided will forever have a permanent place in the DVD of the mind of the team’s devoted fan base."
-The Lowell Sun, September 11, 2019

"Summer means baseball - although the biggest show is at Fenway, the road there starts with the Lowell Spinners. The Spinners are the Boston Red Sox Class A affiliate and former training ground for many of the 2018 World Series winning Boston Red Sox."
-WCVB-TV Boston, July 25, 2019

"Heller is emphasizing that the Spinners remain thoroughly committed to Lowell.... Heller completed his purchase of the Spinners from Drew Weber in 2016, and has since made several moves to bolster the franchise’s long-term future in Lowell. That includes a 10-year lease extension for LeLacheur Park, along with several ballpark upgrades."
-Ballpark Digest, July 10, 2019

"Heller is proud to represent Lowell. He restored the “L” to the team’s caps, and he’s pushing a new nickname, the “MillSox,” based on the city’s industrial history."
-The Boston Globe, July 9, 2019

"The Lowell Spinners, an affiliate of the Boston Red Sox, entertain with baseball and promotions each year. Games at Edward A. LeLacheur Park are one of Lowell’s favorite activities. The mascots are Canaligator, Allie-Gator and Millie-Gator, paying homage to the city’s canals. “Spinners” comes from the city’s textile history and cotton spinning."
-MassLive.com, May 22, 2019

"Given New York-Penn League teams only play 70-odd games in a season, the dedication shown by the Spinners to pack roughly three dozen home games with extracurriculars is impressive. Their promotional schedule sports 20 giveaway nights, four fireworks shows, a handful of concerts (including one by former Red Sox pitcher Bronson Arroyo’s band as part of a 2004 Red Sox celebration on July 15), appearances by members of all five major pro men’s teams, and far more."
-The Boston Globe, April 5, 2019

"Since taking over, Heller has added a Fun Zone for kids and a variety of concessions. A pavilion in right field for group outings is planned for the 2019 season. It will be called the Macom Pavilion and will be a two-tiered party deck available for group and company outings."
-Lowell Sun, August 22, 2018

"The club spent about $1 million on improvements to the park last year, and plans to spend another $1 million this year."
-Lowell Sun, August 18, 2018

"Heller's goal is to provide a fun, memorable and affordable experience for fans. Promotions and ballpark attractions are as important as the baseball product on the field."
-Lowell Sun, August 10, 2018

"The laser-leveled playing surface is just one of many upgrades introduced since new owner Dave Heller took over during the 2016 season, including revamped concessions, added rides in the Foul Ball Fun Zone, and a planned two-tier grandstand and pavilion for group outings. The team also installed state-of-the-art LED lighting ...  For Heller, the overriding theme is to provide an affordable fan experience that makes attendees want to come back to the park, and to Lowell."
-Boston Globe, June 29, 2018

"This season the Spinners have new grass on their field, new lights and new concession stands -- which will include popular food items such as street tacos and gourmet burgers. Next season, the two-tiered "party deck" will be ready along the right-field line."

"Over this past offseason, the team first added LED lights. LeLacheur is now the only park in short season baseball to have these energy-efficient lights; only four Major League Baseball teams have LED lights.  The Spinners also replaced the entire playing field, including the sod, drainage pipes and sprinkler heads.  As far as the concession upgrades, there will be more stands and more specialization. In addition, the team store has doubled in size."
-Lowell Sun, June 19, 2018

"Coming off a successful first season as owner of the Lowell Spinners minor league baseball team, Dave Heller is planning to expand LeLacheur Park's amenities by constructing a two-deck arcade and birthday party room along the right-field line, and a boutique hotel that would rise above the concourse behind home plate."
-Lowell Sun, October 8, 2017

"For the 2018 season, the Spinners and Main Street Baseball are looking to offer better conditions for players. New LED lighting has been installed at the ballpark, and the facility is also set to receive an upgraded playing surface. LeLacheur Park is also slated to receive some changes to the fan experience, including a new two-tier party deck that will be located along the right field line. The variety of improvements should help to enhance the entertainment experience at the ballpark."
-Ballpark Digest, October 2, 2017

"LeLacheur Park will be a transformed venue when the Spinners take to the diamond next season. New LED lights have gone up, making it the first minor league short-season stadium in the country to boast that technology. The next project is replacing the playing field."
-Lowell Sun, October 1, 2017

“The Spinners have always provided a great fan experience, and with new ownership in in Lowell, there’s no doubt the fan experience will continue to get better in coming years.”
-Ballpark Digest, July 31, 2017

"When it comes to short-season Minor League Baseball's cathedrals, Edward A. LeLacheur Park now rates as the St. Peter's Basilica of ballparks. Nestled on the banks of the Merrimack River, this beloved local Hardball Holy Land has been recognized nationally for its charm, design and location by the legion of fans who pledge allegiance to the Lowell Spinners, the Boston Red Sox' short-season Class A affiliate."
-Lowell Sun, August 1, 2017

"A little more than a year after Dave Heller completed his purchase of the Lowell Spinners -- and in the wake of a new 10-year lease agreement at LeLacheur Park -- the franchise is working toward a return to its halcyon days...Under the new Heller regime ticket sales are up, group sales are up, corporate marketing is up. The team is on pace to have the second-best corporate sales year in its 21-year existence. It is on pace to set an all-time record in marketing partnerships."
-Lowell Sun, July 2, 2017

"We're fortunate that in Heller longtime Spinners' owner Drew Weber found such a successful, enthusiastic individual to preserve this special franchise, which has become a key part of the city's identity over the last two decades."
-Lowell Sun, June 21, 2017

"The fan experience at a minor league baseball game is about much more than just baseball. It's largely about creating a fun, affordable, family-friendly atmosphere. That's the clear approach taken by Dave Heller."
-Lowell Sun, June 19, 2016

"Heller realizes that at this level of baseball, keeping the audience engaged is as every bit as important as the team on the field....He is a new, energetic owner who knows how to build a franchise's brand with innovative marketing and community partnerships."
-Lowell Sun, June 28, 2016

"Heller [has] many innovative ideas designed to make a trip to LeLacheur Park even more enjoyable. Heller, who owns four minor league teams, obviously has a wealth of experience from which to draw."
-Lowell Sun, June 21, 2017

"Today, the Lowell Spinners have a new look and new owner with Dave Heller, who brings a new energy to the team and stadium."
-Lowell Sun, July 15, 2017