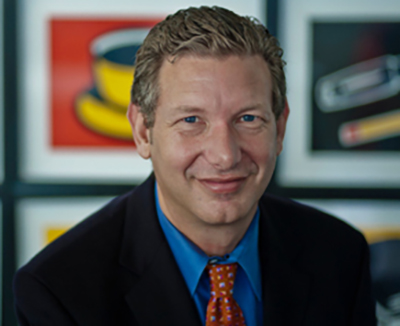 In 2016, Main Street Baseball earned Ballpark Digest’s coveted “Minor League Baseball Organization of the Year” award – one of the industry’s highest honors. His Quad Cities team, the River Bandits, was named Ballpark Digest’s 2021 “Team of the Year” and one of Baseball America’s “Most Accomplished Franchises of the 2010s.” In 2022, the Kansas City Royals presented Heller with the team’s Matt Minker Award, given to the outstanding person in their minor league system. Heller’s teams are known for three things: fun, innovative promotions; making significant ballpark improvements; and giving back generously to each club’s home community. In 2021, Stadium Journey magazine named both Modern Woodmen Park (Quad Cities) and Frawley Stadium (Wilmington) to its Top-5 list of best game-day experiences in High-A ballparks.

In the Quad Cities, the River Bandits under Heller have sparked a stunning resurgence, winning four championships in tenseasons (no other team won even two), setting per-game attendance records, and earning numerous awards for innovative promotions and ballpark improvements. His team has set records for group and sponsorship sales, attendance, concessions – and winning championships! The team’s home, Modern Woodmen Park, has earned as many accolades as any ballpark in the country. It was voted “best minor league ballpark” by the readers of USA Today and 10Best.com and the Midwest League’s best ballpark by Baseball America. It earneda 5-star rating from Ballpark Digest, was named one of the two most beautiful ballparks in the minors by USA Today, one of the top 10 by Parade Magazine and “the #2 Coolest Minor League Ballpark in America” by Complex Magazine. The team even won an award for best TV commercial!

"Across Minor League Baseball, many ownership groups bring a level of quality to their operations year in and year out. Main Street Baseball has always been among the standout organizations, but took it to another level in 2016."
‍
-Ballpark Digest, November 18, 2016

Under Heller’s leadership, the Bandits have added many fun new features to the ballpark, including two outfield bars, five concourse-level “loge boxes,” an 80-foot HD ribbon-board, a 36’ x 42’ HD video board,new sound system, playground, a renovated suite level, new playing field, and a large, multi-purpose banquet hall with glass garage doors that open/close based on the weather. The team also added a new Diamond Club, a triple suite, a Hall of Fame autographed jersey display, three new group areas, a special seating area for our nation’s veterans, a 58-panel solar farm, a permanent home for the Quad-Cities Sports Hall of Fame, and a (sponsored) corn field from where the players are introduced at the game’s outset. Last, the team added more than $4 million worth of new rides, including a 105-foot-tall Ferris wheel, a spinning kids’ coaster, two thrill rides, a swinging pirate ship, and a 30-foot-tall Drop-N-Twist to go with a myriad of bounce houses, a kiddie train, and the only double-decker carousel between Chicago and Kansas City.

"All four Main Street Baseball teams are leaders in their leagues, and all four are distinguished by a commitment to providing the best fan experience possible.”
‍
-Ballpark Digest, November 18, 2016

Heller and the River Bandits love giving back: the team has donated more than $5 million to area charities, helped raise $101,000 for flood relief, and won multiple U.S. Army Gold Awards for its community service. Its “Bandit Scholars” program, which pays an entire year’s college tuition to three area colleges. In addition, the team annually pays for free flu shots for every Quad Cities child, helps fund Camp Genesis (for kids dealing with cancer) and the Neo-Natal Intensive Care Unit, and supports the Genesis Family Connects program. In 2015, 2017 and again in 2019, Ballpark Digest honored the River Bandits with its “Commitment to Charity” award, the only team to win that distinction three times (no other club has won twice).

The Billings Mustangs have also been tremendously successful. Since Heller purchased the club, it has consistently ranked among the top three in Pioneer League attendance and has seen increases in every area – from corporate sponsorships to concessions and merchandise sales toin-game promotions. The team has also earned league-wide honors for its playing field and its charitable work and, in 2019 and again in 2022, it earned the prestigious Jim McCurdy Award for Excellence – the only Pioneer League Club to win that coveted award twice. Since taking over, Heller has added a new beer stand, a new dessert stand and several new portable concessions carts. He also negotiated a new 10-year lease extension with the City of Billings, securing the Mustangs’ future through 2026. The team’s home, Dehler Park, was voted by Ballpark Digest “the best minor league ballpark in Rookie Ball.”

"The local baseball franchise never has been healthier and more vibrant than it is right now. Heller knows what he's doing."

Heller’s third club, the Wilmington Blue Rocks, has also earned its share of accolades. The Blue Rocks earned league-wide awards for Marketing & Promotions, Community Service, Female Executive of the Year, and, for five years in a row the club won the league’s award for its charitable work throughout the Wilmington region. The team even won an ESPN award for best new food item! Its ballpark, Frawley Stadium, was voted best ballpark in Advanced-A baseball by readers of Ballpark Digest. The team is also improving its venue: it has seen more than $8,000,000 worth of structural improvements to the park since Heller and his friend Clark Minker took over, including all new seats, new netting, a new concourse floor, an expanded Batter’s Eye, two new outfield bullpens, new video board, new flooring in the dugouts, new home and visitor’s clubhouses, two new trainers’ rooms, anew dressing area and bath for female coaches, and new energy-efficient LED field lights.

Heller is also regarded as a top political media consultant and campaign strategist. As president of Main Street Communications, an award-winning political media firm, he compiled the best won-loss record in the Democratic Party. His clients won 15 out of 19 general election open seat races for Congress, including many of the nation’s toughest races, such as Governor John Baldacci (D-Me.); U.S. Senator Joe Donnelly (D-Ind.); U.S. Rep. Mike McIntyre (D-N.C.), who in 2012 won in a redrawn R+13 district; U.S. Rep. Ken Lucas (D-Ky.), who in 1998 won a seat the Democrats had not won since 1964 (and have never won since); U.S. Rep. Collin Peterson (D-Minn.), who repeatedly won re-election in a district in which Hillary Clinton garnered just 30% of the vote – the nation’s “reddest” district to be won by a Democrat – and U.S. Rep. Marcy Kaptur (D-Ohio), who in 2022 earned the largest winning percentage of any Democrat running in a Trump district. Heller also helped elect more “Blue Dogs,” the party’s most conservative voices, than any other media consultant, as well as more members of the Congressional Black Caucus (10) than any media consultant, including the late civil rights leader, Rep. John Lewis (D-Ga.), the late John Conyers (D-Mich.), Rep. Sanford Bishop (D-Ga.), and his dear friend, the late Rep. Elijah Cummings (D-Md.), who in 2003 performed Heller’s wedding.

"Heller is well known in baseball circles. With the success he's had and the life he has breathed into his franchises, baseball is only too happy to have him."
‍
-Lowell Sun, June 11, 2016