Cheering on the home team

The joy of a walk-off win

The Blue Rocks are among the league's attendance leaders

There is something for
everyone at our ballpark

Baseball is a celebration
of America

Where fans from four states
‍come together as one

Our mascots and players
always put our fans first 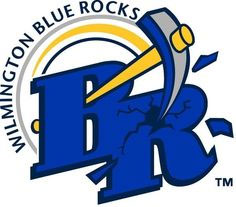 About the Blue Rocks

The oldest professional sports franchise in all of Delaware, the Wilmington Blue Rocks are an award-winning source of affordable, family themed entertainment in the First State. Each year, nearly 300,000 fans walk through the gates of iconic Frawley Stadium to cheer on the baseball stars of tomorrow—nearly 300 of whom have made it from Wilmington to the majors. From fireworks after every Friday home game to taking the field with the players or playing catch with family in the outfield, there’s no shortage of ways the Blue Rocks etch their place in the memories of their loyal fans.

Our ballpark, Frawley Stadium, the anchor of the revitalized Wilmington riverfront area, was voted best ballpark in Advanced-A baseball by BallparkDigest and the club is consistently among the league leaders in attendance and sponsorships. Since Main Street took over, the club has seen more than $6 million in ballpark improvements to Frawley, including a new video board and becoming the first A-ball team in the country to have new, energy-efficient LED lights in its ballpark. Frawley Stadium is also one of the first High-A ballparks to be compliant with MLB’s new PDL standards; in 2021, new spaces for male and female coaches were added along with male and female umpire’s rooms.

Frawley Stadium is also the home of Mr. Celery, the club's astonishingly popular mascot, who runs onto the field to celebrate with fans after every Blue Rocks run. He is a hallmark of an incredibly enjoyable family experience that fans have come to associate with attending a Blue Rocks game.

Since Main Street acquired the team, the Blue Rocks earned the prestigious Matt Minker Award from fellow Carolina League members for its charitable works an unprecedented five years in a row -- in 2014, 2015, 2016, 2017 and 2018. Today, the Blue Rocks remain among Minor League Baseball’s most charitable clubs, having raised tens of thousands of dollars for good causes, including Habitat for Humanity, Fight for the Gold, Delaware Breast Cancer Coalition and many other area charities.

"Not everyone follows minor league baseball or comes to the ballpark just for baseball, necessarily. It's more than a game, it's a family event with theme nights, promotions and fireworks to keep people entertained and coming back. That's one of the reasons Mr. Celery works so perfectly for the Blue Rocks: he's the star of their nightly sideshow."
-Wilmington News-Journal, September 8, 2021

"The Wilmington Blue Rocks' Carolina blue Rocky Bluewinkle hat is one of minor league baseball's most popular lids. The bright blue cap was one of the 10 bestselling hats in 2019, according to a list released on Minor League Baseball's website Wednesday. The hat features a cartoon version of the Rocky Bluewinkle mascot with steam coming out of its nostrils on an all-Carolina blue crown and brim."
-Delaware News Journal, January 17, 2020

"The safety netting inside Frawley Stadium will be extended down the left- and right-field lines for the start of the 2020 season. The new netting will now reach the end of the seating areas on each side of the field....The additional netting is the latest in a series of improvements at the stadium, which opened in 1993. The Blue Rocks upgraded the stadium's seats in 2015. New flooring was installed in 2016 and LED lights brightened the ballpark in 2017."
-Delaware News Journal, January, 15, 2020

"Blue Rocks win championship: It’s not quite the same as going to a parade in Philadelphia, but the Wilmington Blue Rocks thrilled the local fans with their first Carolina League Championship since 1999."
-Newark Post, December 27, 2019

"Many come to Frawley Stadium to watch the Wilmington Blue Rocks more for the fare and festivities than the baseball.  Food and beverage options abound, [and] it’s fun to throw a ball into a moving car during the hurl-the-pearl contest between innings and postgame Friday fireworks are a thrill. But if you come primarily for the baseball, this is an especially good time to spend a day or night at the local ballpark."
-Wilmington News-Journal, May 11, 2019

"Wilmington Blue Rocks: This is the team to watch. The high-A affiliate of the Royals will be bulging with top prospects. In fact, if you want to see what the 2022 Royals will look like, just check out a Blue Rocks team photo. Eleven of the Royals’ top 30 prospects, including six of the top seven, started the year in Wilmington."
-The Topeka Capital-Journal, April 6, 2019

"Blue Rocks give fans reason to flock to Frawley. The team remains popular with First State fans. And there’s no reason to expect things to change this year with some of the Kansas City Royals' top prospects on the roster and a schedule filled with unique promotions and giveaways."
-Delaware Public Media, April 5, 2019

"The Blue Rocks are dedicated to providing an experience for fans, sponsors and community groups that is memorable, reasonably priced and about much more than sports."
-Delaware Business Times, September 13, 2016

"Heller understands that the goal of teams like the Blue Rocks is to offer a baseball entertainment experience. Sure, there are people who root, root, root for the home team. But the vast majority of this year's average crowd of 4,316 fans came for the fun, with baseball an ancillary concern."
-Delaware Business Times, September 13, 2016

"With fan-friendly promotions and distinctive mascots like Rocky Bluewinkle, Mr. Celery and Rubble, a Blue Rocks game is a definite experience – and Frawley Stadium is a huge part of that great experience."
-Ballpark Digest, June 24, 2015